In memory of the late Alton L .Reynolds President Of International College 1977-86 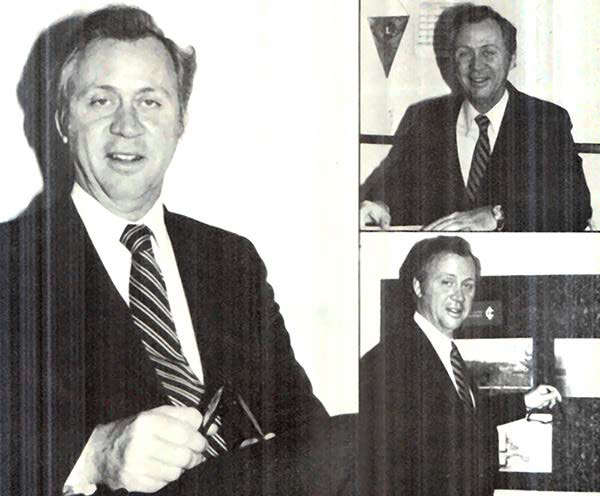 Alton Reynolds was a New England schoolman in mid-career with five children when he accepted an invitation to join the IC staff with his wife Nancy, a specialist in Early Childhood education. They reached Beirut in September 1972 and soon grew to love Lebanon and its people. Al Reynolds became Director of the Elementary School. He revised the program, revitalized teachers who had felt rather out of touch with President Schuller, and improved relations with parents, reemphasizing, as Principal Leavitt had done in the 1950s, their essential role in the education and healthy development of their children.

Reynolds’ rare qualities of mind and character were quickly recognized. Teachers and students responded positively to this expert teacher and administrator who cared deeply for each individual. Reynolds had the great teacher’s capacity to truly educate by eliciting the innate curiosity and intelligence of each person he interacted with. Even when freely sharing his considerable knowledge and insight he managed to convey these so simply and unobtrusively that the learner and beneficiary felt that her or his own ideas were being expressed.

Mr Reynolds was one of the instigators of the ICAA as we know it today and for this, we owe him a lot . Please check an excerpt from an article Mr Reynolds wrote in the 70s reflecting his vision on how IC can positively impact education in the Middle East 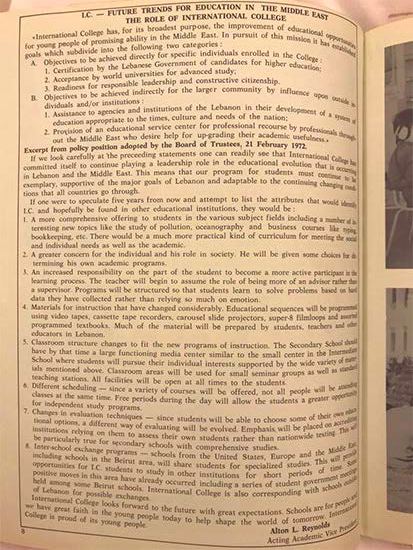